Share a memory
Obituary & Services
Tribute Wall
Read more about the life story of Michael and share your memory.

It is with great sadness that the family of Mike Hoare announce his passing on Thursday January 12, 2023 at the Claresholm General Hospital.

Mike was born on October 9, 1946, in Calgary, Alberta.  His mother Jean Hoare and father Stanley Hoare brought him home to Driftwillow Ranch on the banks of the Willow Creek.  He would call this home for most of his life.  He attended school in Stavely, Nanton and Red Deer, Alberta.  He achieved success in Track and Field, Basketball and Curling.

Some of his career choices included a working cowboy life, driving truck part-time for John Boychuk.  He worked on the line at Trus Joist Western Ltd and advanced to a draftsman and then shop drawing manager position. While employed at Trus Joist Western Ltd.  he met his future wife, Betty Kuhl.  They were married in 1975 and welcomed a son named Matthew in 1982.   Mike was employed by the M. D. of Willow Creek as a weed inspector for many seasons.  Mike followed his love of art and opened up an art gallery named Cowhand Collections in Claresholm, Alberta.  It was thru the gallery that he made long-time friendships with artists across North America.

Mike is survived by his wife of 47 years Betty and his son Matthew who lives in Lethbridge.  He is also survived by Linda (Max) Woslyng; Jim (Sharie) Kuhl; Laura Kuhl; Evelyn (Eugene) Dieterle and Bill (Brenda) Kuhl.  He is survived also by numerous cousins, nieces and nephews.

He was predeceased by his mother Jean Hoare, father Stanley Hoare and Stanley’s second wife Sarah; his sister and brother-in-law Pat and Warren Volstad; father and mother in -law Amos and Marg Kuhl.

Memorial donations may be made to Stars Air Ambulance in Mike’s name.

To send flowers to the family or plant a tree in memory of Michael Hoare, please visit our floral store. 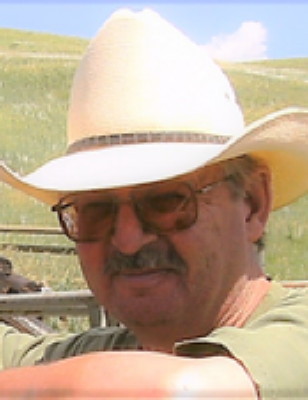