Loss is never easy. How deeply a loss is felt is unique to every individual and their relationship with the deceased. There is no scale by which you can quantify how painful a loss is felt. However, there is something understandably difficult about trying to cope with the loss of a child, young adult or the loss of a loved one to suicide. There may be many factors contributing to this such as a death being untimely or unexpected. These make the loss more difficult to accept. Suicide has an especially deep impact on loved ones. There are many theories as to why, some of them even conflict in their reasoning. This is not our focus here. Here, we want to look at possible ways to try and help survivors of suicide deal with the loss. Yes, survivors of suicide refers to those who lost a loved one to suicide. They remain forever affected by the loss.

Let us first consider the statistics of suicide in our country. Every day, an average of over 10 canadians die by suicide and for every death by suicide, there are 7 to 10 survivors of suicide who are deeply permanently affected by suicide. So much so, that they become at higher risk of suicide themselves. Suicide is predominant in males (x3) and in particular among indigenous populations. It is the second leading cause of death among youth and young adults (15-34 years). Suicidal thoughts are predominant in LGBTQ groups.

Given these frightening statistics, it is no surprise that everyone knows somebody that has been impacted by suicide.

For suicide survivors, the grief process is especially long given the complexity of the death. It is not uncommon for suicide survivors to be in the depths of mourning a year following the loss, long after society anticipate the grieving to take. This duration is commonly believed to be due to the difficulty in understanding the motivation for the death and the disbelief of the occurrence. Victims of suicide are frequently described as ‘seemingly happy’ immediately prior to their suicide. Manic depression can manifest in this way with no signs of suicide evident in the person’s behaviour. This adds to disbelief by the survivors and continual self-questioning of if they missed something or could they have done something else. These feelings of disbelief and self-questioning, extend the grieving process significantly making the loss harder to accept. 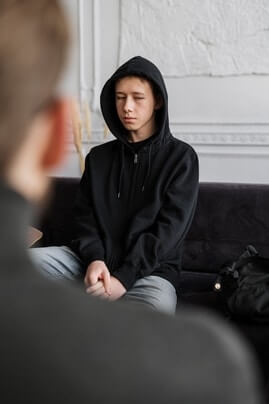 The duration of the grieving process is not set, in fact, many people say it never ends, it just becomes more tolerable. What is important for those helping survivors of suicide, is to understand the process is slow, even more than you could imagine. There is no way to speed it up and trying to do so could have negative implications. It is important to be patient and persevere through the healing process.

Helping a survivor of suicide through the grieving process is about providing a non-judgmental environment where they can talk about their memories and feelings. Sharing their stories gives them relief, ultimately making it easier for them to talk about the deceased loved one and the loss of that person. This in itself can help a survivor eventually accept the loss. 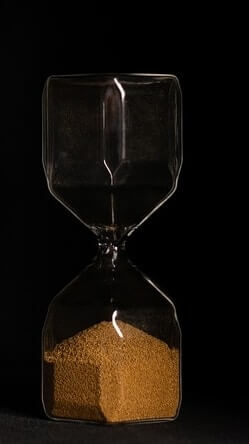 Trying to Understand Why

A unique aspect of suicide over accidental death or death by factors out of our control, is the choice that was made by the deceased. This may be by far, the most difficult part for survivors to comprehend. The deceased chose to end their lives. For those who knew the victim intimately, the concept can seem so unlike them. They are often described in terms such as “so full of life”, “happy go lucky”, “without a care in the world”. These certainly do not sound like descriptions of a person who would choose to end their life but it commonly is. This concept is the most difficult to live with and ‘choice rather than chance’ concept, makes us analyze every aspect of their life to try and understand why. ‘Understanding why’ is the almost impossible task which prevents us from accepting the loss and allowing ourselves to heal. 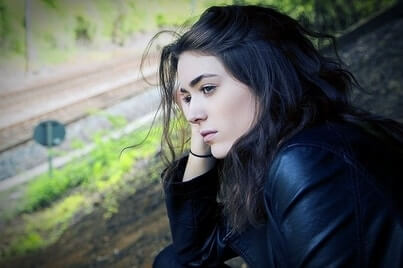 Reactions of the Survivors

Survivors of suicide often experience a variety of feelings and thoughts. These are unique to the individual and their relationship to the deceased. However, we will explore some of these:

Guardians in particular may feel shame & guilt as a result of suicide. Shame can come from beliefs such as religious views having a negative opinion of taking ones’ own life. People worry about not being able to bury their loved ones on holy land if they died by suicide. This is however, rarely the case and in fact, clergy and religious leaders are highly supportive of survivors of suicide.

Guilt comes from the belief that ‘one could have done more’. Could I have said something or done something to prevent this happening. ‘Did I miss something’ or ‘could I have seen this coming’, all too common thoughts by those who lost someone to suicide. Guilt can last a lifetime and can have significant effects on your health. 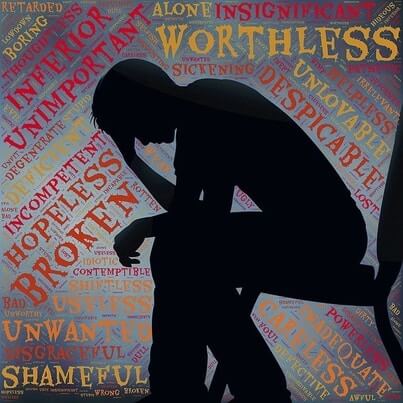 Survivors of suicide often feel anger directed at many people such as doctors, family, work colleagues of the deceased, gods and more. The anger is all derived from a belief of inaction from those previously surrounding the deceased. “Why didn’t someone do something”, “why didn’t someone do something or say something”, “did they fail to act”; Anger at oneself for not trying harder or not seeing something. There is also anger at the deceased, for leaving, abandoning, rejection or not asking for help. People feel bad about being angry with the deceased and feel like they should not be but it is perfectly normal. Feelings of abandonment are understandable and it's ok to feel angry for a while.

Survivors become fearful of what others may be experiencing. Is someone else also having suicidal thoughts? Should I be concerned about other family members? What if this happens again? Thinking you missed the signs of a potential suicide means you are fearful of missing the signs again with another loved one. The simple fear we all have of losing a loved one becomes more evident.

With the loss of a loved one, whether suicide or naturally, people often feel like life becomes meaningless without that person in their lives. This feeling is exaggerated if the survivor has lost multiple people already. The feeling that they are losing everyone can be at the forefront of their mind. This can result in a lack of motivation for many things such as work, housework, sports and various interests that fill our lives.

As with the loss of any loved one, in many cases where the victim of suicide leaves behind a partner or family member, the obvious loneliness that ensues is particularly hurtful due to the feeling of abandonment and rejection. This then leads to anger about the abandonment and the whirlwind of emotion builds.

Commonly accompanying anger, confusion about suicide is common where the survivor is overwhelmed with questions about the deceased, about themselves, about family and friends. Not knowing the reason for the suicide in particular is the main reason for confusion and it expands from there to others wondering how nobody knew anything. 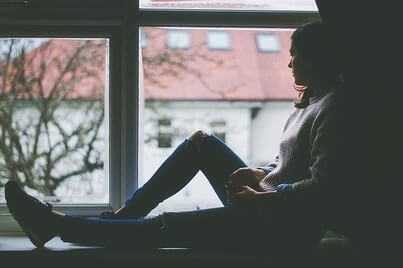 How can we help a survivor of suicide?

Survivors of suicide need time to heal. This can be one of the most difficult aspects for those trying to help. Supporting a survivor of suicide requires a large amount of patience to allow them time to work through the loss. Being part of a support network means being there for them mostly to talk to. It is important to not try and rush through recovery. Let them talk if they feel like it but don’t push it.

When talking about feelings, it's important to acknowledge their feelings and how hurtful they can be. You can encourage them that the intensity of the pain felt will reduce over time. This can give them hope for the future where they are not so weighed down by their emotions. Make sure they understand it takes time, sometimes a lot of time but they will get there. This can help with their feelings of hopelessness/meaningless.

You should explain that the emotions they are feeling are normal. Sometimes it helps for the person to talk about it, sometimes it is easier for them to write it down. When feelings are expressed, it can make them easier to understand, sometimes easier to eventually overcome. This can help with confusion once the emotions are understood.

When you discuss fear, you can talk about those around the deceased and be reassuring that they are not suicidal. You may want those people (if the survivor agrees) to come into the discussion to reassure them that they are fine and should not be worried about.

When talking about loneliness, it is helpful to remind them about all the people they have in their lives and that it is worthwhile encouraging them to surround themselves with people when they can. This can be more difficult than you may think for many reasons:

Depending on the circumstances of the suicide, anger toward others regarding the loss of the deceased can generate rifts among families and/or friends. These rifts may be difficult to navigate but should subside over time.

Secondly, people who experience loss like to be alone. They don’t feel compatible in social environments. They feel disconnected from others with the perception that they don’t understand your loss. This is helped by including others who were close to the victim as the common emotions can connect them. The key to a group is to have some alone time, but not too often. When there are people around, it is important to not have too many people, just enough to be company (1-3) but not too many where the survivor can feel isolated from the group. It is important that the survivor always feels like they have someone to talk to. 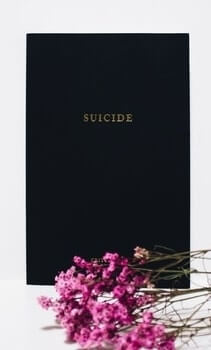 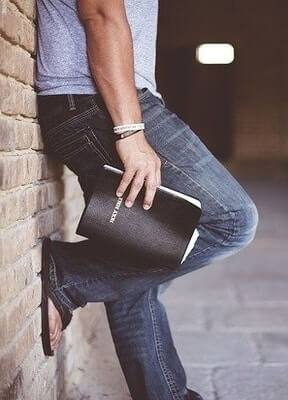 It’s important to remember that grief can be a very unbalanced relationship between the griever and those supporting the griever. The griever requires a lot of attention, understanding and patience. The griever may not be able to provide much in return. Over a long period, this can be very draining on the supporter. It is important for you, the supporter, to have help and not undertake grief support alone. There are many resources for help such as government mental health services and local clergy support goups.

f you need any further advice, contact us and we can direct you to more helpful resources. For all your funeral service needs, contact us 24/7.